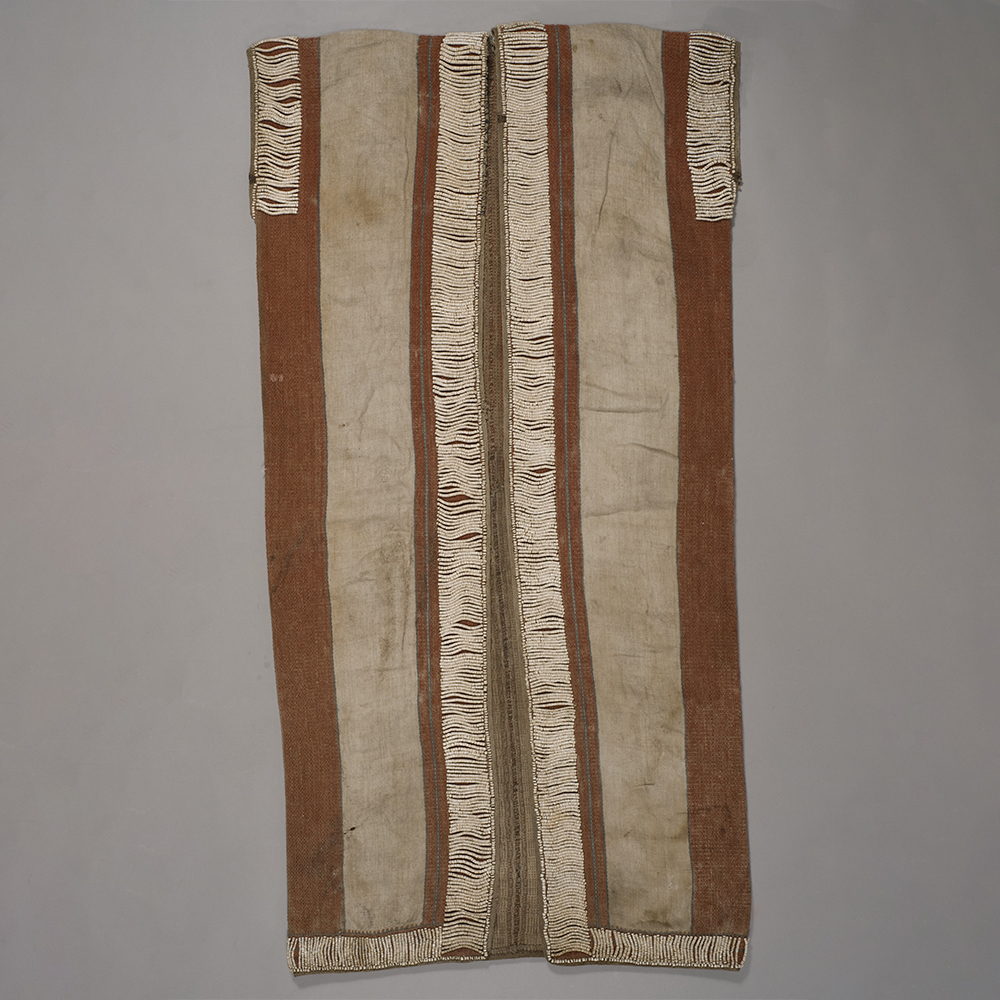 This vest is referred to as lukkus-kaxa’ in the Atayal language. Thick shells were ground to form tiny round beads, which were strung together and sown onto ramie garments. A long vest could have tens of thousands of shell beads and weigh three or four kilograms. This was the most valuable article of clothing among the Atayal. Only the chieftain, elders, spiritual leaders and skilled warriors were allowed to wear this shirt during special ceremonies. It is considered a form of currency and compensation, as well as a betrothal gift. The women of the Amis produced these types of shirts and it is thought that the Atayal obtained them through trade.