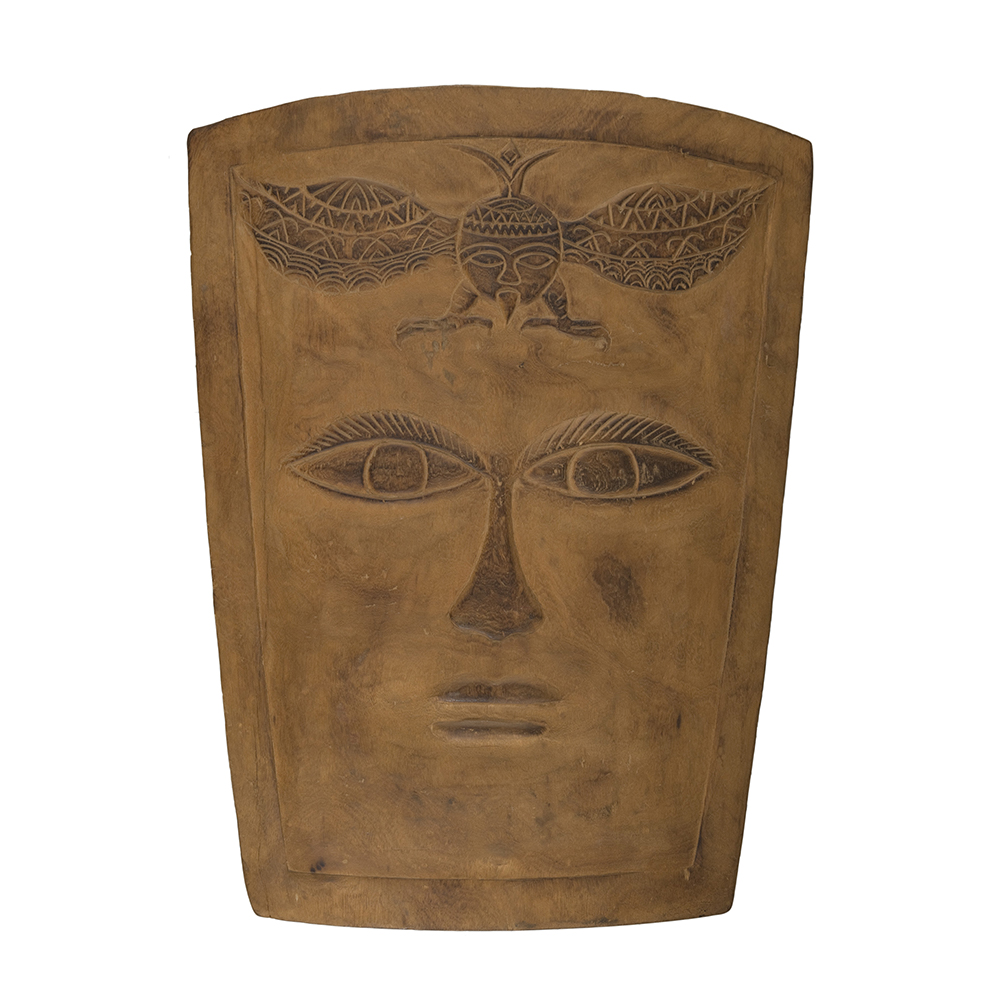 This carving was produced by a Puyuma artisan who was awarded by the Indigenous Art Craft Prize in 1992. It features an owl pattern on the front. The owl is from one of the Puyma’s legends. Puyuma wood carvers like Chu and Chen Wen-sheng (Haku), usually use daily life or Puyuma traditions such as ceremonies and legends as inspiration for their art work. Many of their woodcarving works are daily use items such as cups, pots, containers, screens for privacy, doors or carved figures.