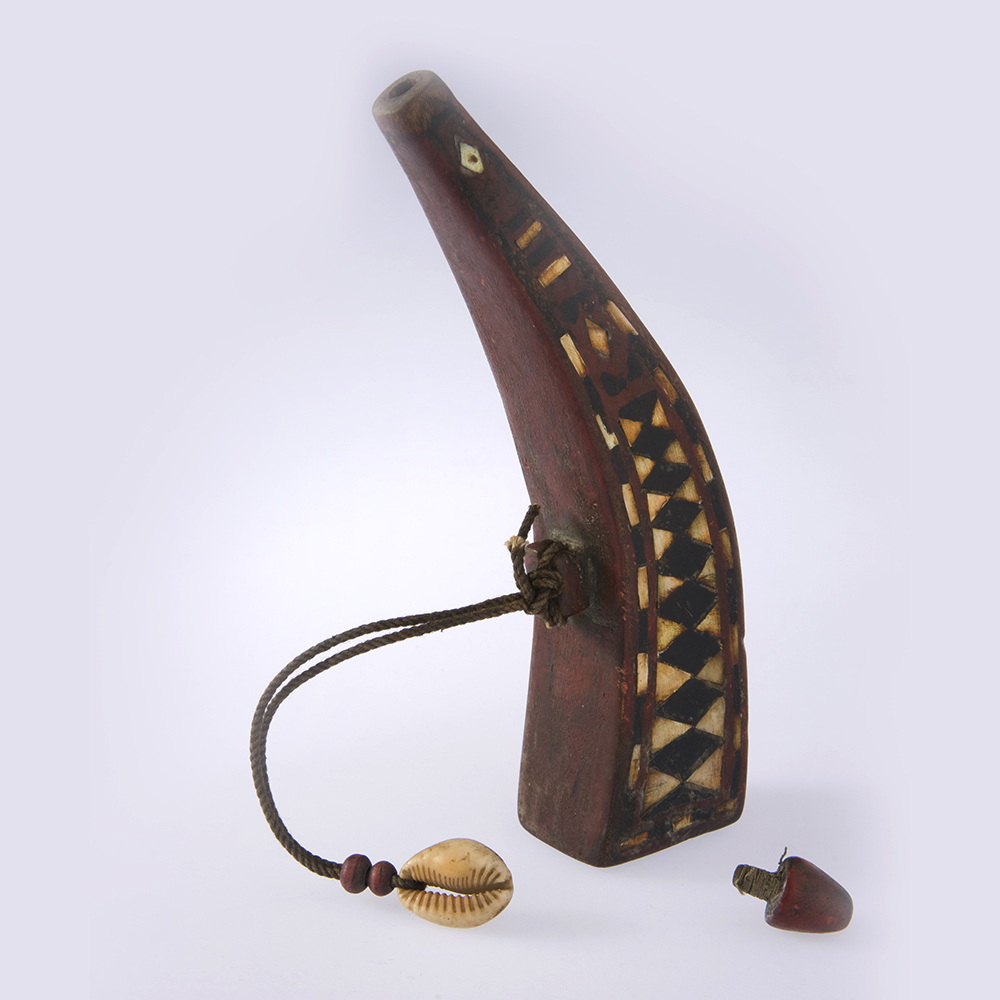 The gunpowder horn was an important accessory for the indigenous males when hunting or on the battlefield. Muskets were one of the major material objects from modern civilization to influence indigenous culture. They became associated with and symbolized man and in many tribes women were not allowed to touch a gun. Gunpowder horns were made from the horns of water buffalo. These horns not only served a practical function of keeping out moisture but were also esthetic art objects.